We left Yachats, noodling slowly south. But before I go on, one noteworthy thing about Yachats that I neglected to mention: public wifi.

The town provides free wifi in many of the public areas including shops, the library, and who knows where else. No passwords (and no protection) but it’s available for anyone to use. More towns need to do this. It’s sometimes hard to find wifi when on the road, so this was a bonus.

Our plan was to drive a whopping seventy-five miles this day to Coos Bay where we would meet up with a friend. And yes, it took all day to get there. 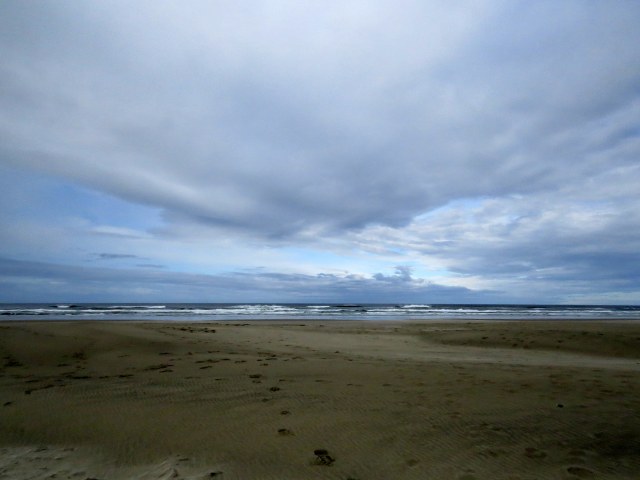 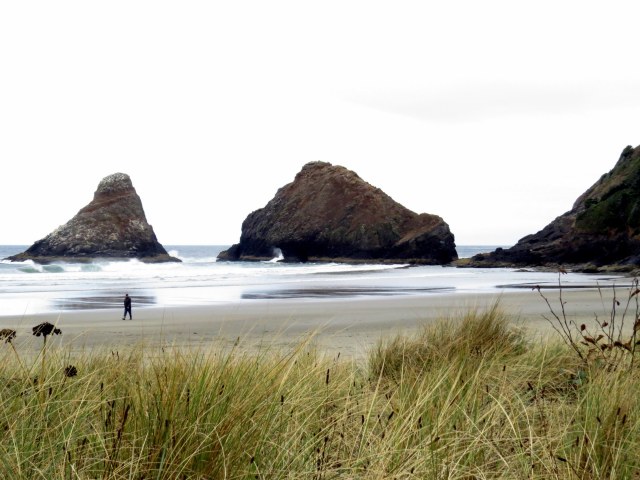 And of course, a few stops for lighthouses.

We lunched in Winchester Bay, a nice bay with about a thousand RVs parked around it. It was a bit overwhelming. Its saving grace was the sweet little bay where we found a houseboat-turned-restaurant and split a lunch of fish and chips followed by local ice cream.

And we met another little harbor seal.

Once we got to Coos Bay, we took a somewhat raggedy motel north of town in North Bend – the only place we could find that was affordable.

We checked in and left right away to meet up with friend Louise, whom we’d met a year ago in Bahia Kino. She’s a full-time RVer traveling with her two dogs. Before her traveling days, she had lived quite awhile in the Coos Bay area, so we knew we’d get a good tour.

After a pleasant but brief time with Louise (she had to get to her book group), we toured the coastal area a bit and the John Topits Park and Lakes then settled in for the night. We’d be up early to meet Louise and do some walking and roaming. 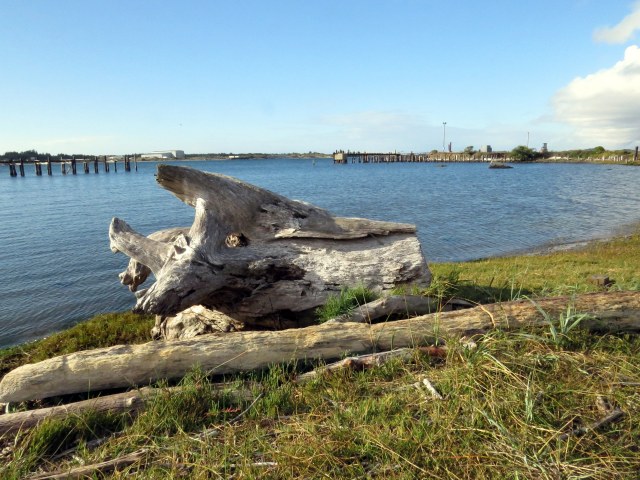 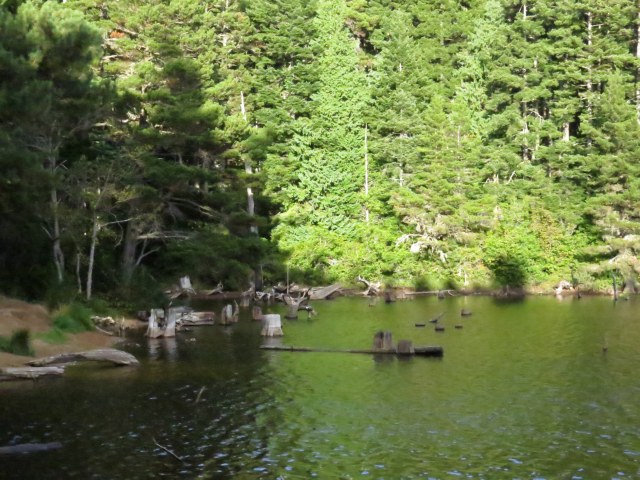 Morning came and with it came rain. Thankfully I had a rain suit (thanks, Christina!) so I was prepared. I knew I’d be fine in mist or drizzle but wasn’t sure I really wanted to be out in a serious rain. So what did we get? Serious rain. Perfect excuse for a breakfast of blueberry waffles (me) and biscuits and gravy (both Cinda and Louise). And by the time we’d finished, the rain was down to a heavy drizzle and we headed out. 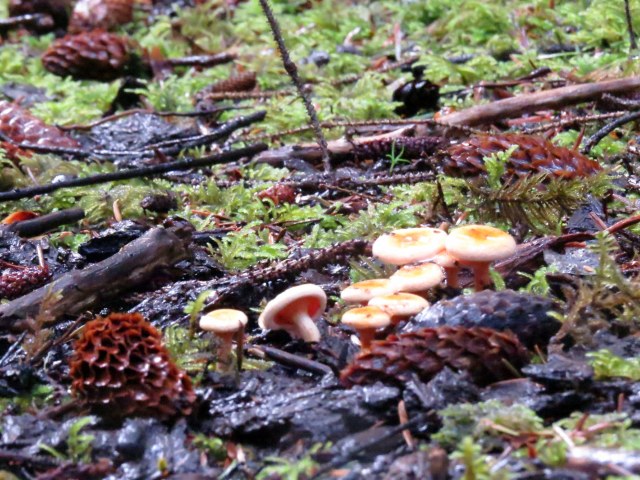 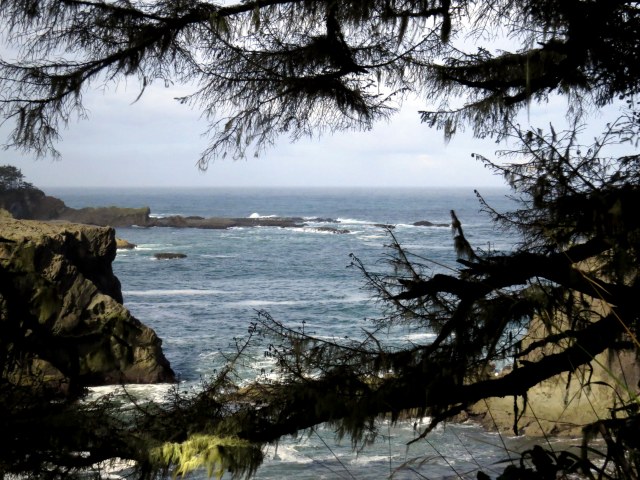 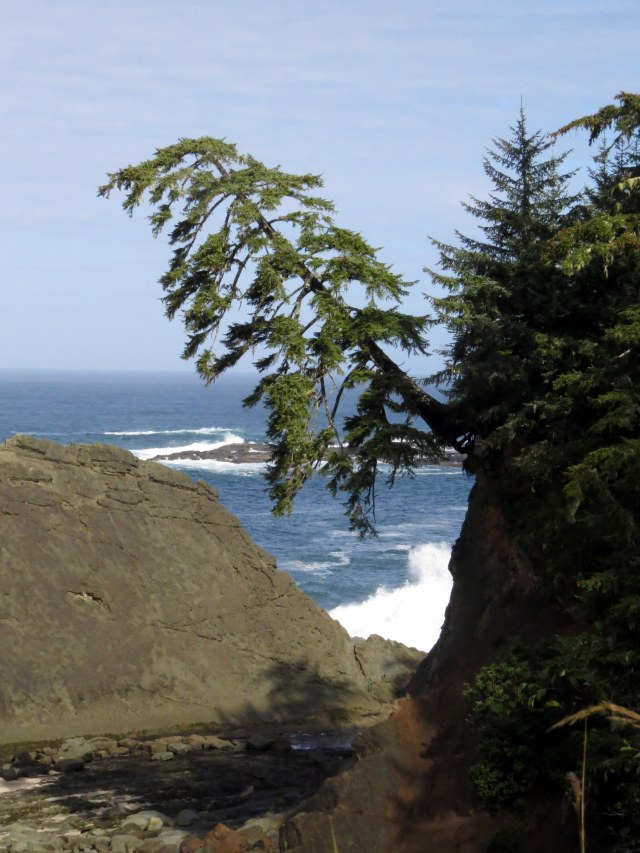 We made another stop on the way out of the area and saw hundreds of harbor seals and sea lions. 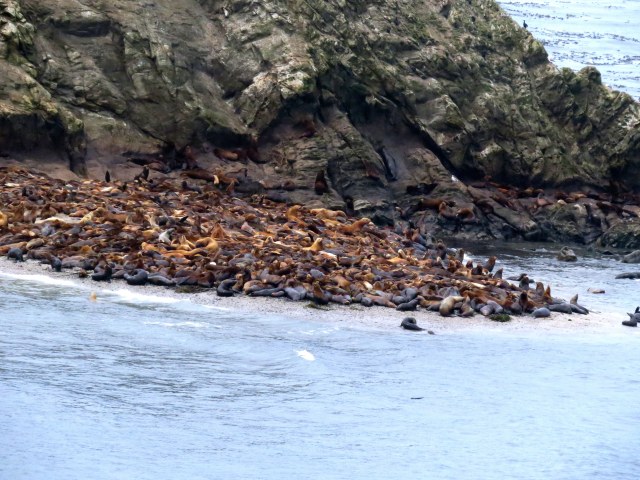 Then Cinda and I figured we’d better be on our way if we wanted to meet our goal of about seventy-five miles a day, so we said goodbye to Louise and headed south. 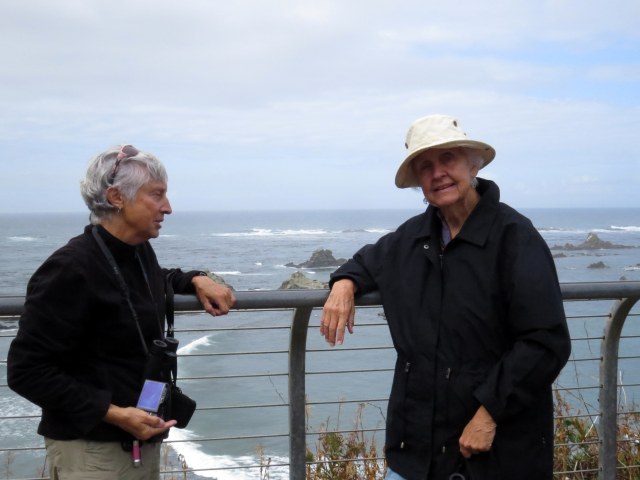 Bandon was our next stop for walking around. There we encountered a small community radio station that is totally operated via the internet.

South of town we stopped for more beautiful beach views including a view of Face Rock which has a long story, a Native American legend. The story is too long for here but is worth looking up. 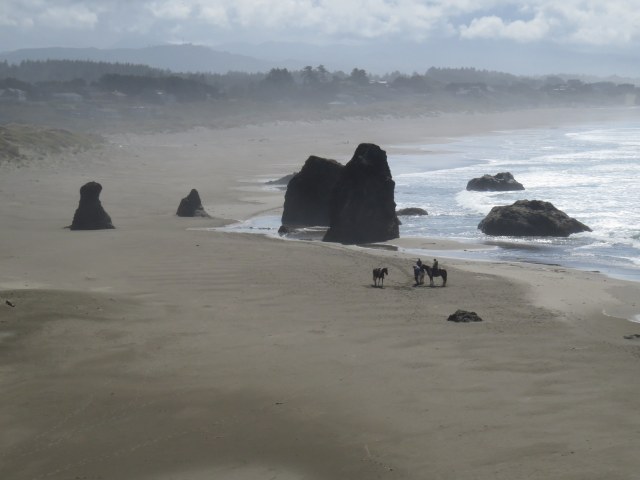 After walking the kinks out, we continued to Gold Beach.