There’s a poolhall in Bahia Kino. The building is a somewhat open-air affair. By “open-air” I don’t mean it has no sides. Rather, in the tradition of buildings in hot, humid climates, its walls don’t quite reach the ceiling, allowing for air to circulate. 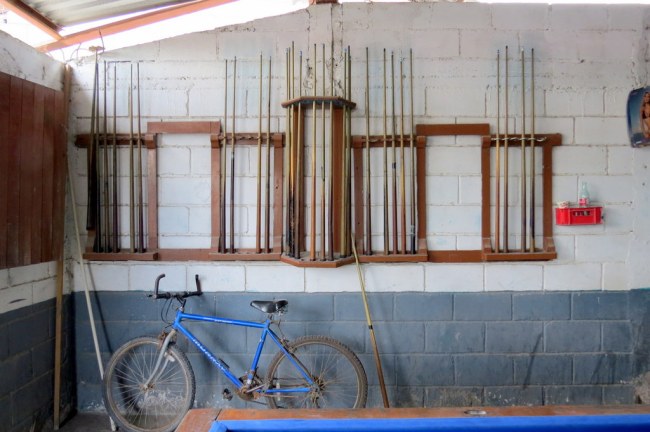 There are nine pool tables, none of which match, ranging from ones that once may have been beautiful to table tops set on poured concrete legs. 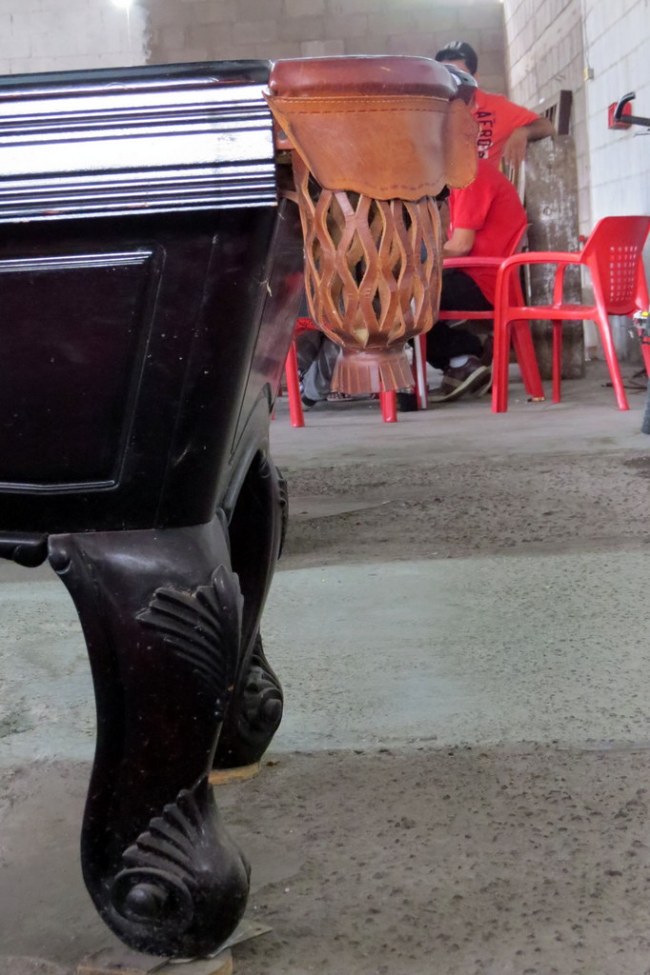 It’s a hangout for young and old men alike, with walls decorate with pool-hall art.

At the entrance sits a man who checks out the racks of pool balls. When necessary, he can also repair the tables’ pockets.

So, tournament time. I imagine the regulars were surprised when my fiend Lorela decided to take lessons in pool, and even more surprised the first time she entered the pool tournament.

She played the other day.

A total of fourteen signed up for the tournament: thirteen men and Lorela. Surprisingly, they all seemed to welcome her participation. 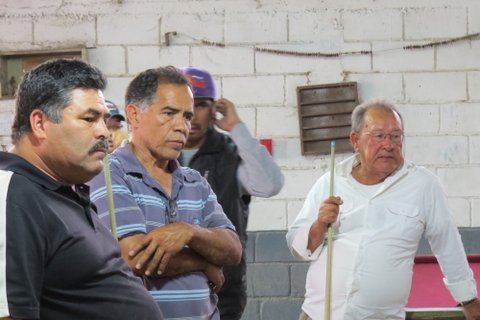 The tournament began at 2:00, and Lorela said we had to be there on time, because unlike many other Mexican events, this one began pretty much en punto. On time. We arrived just before two and the practice was just winding up. Just after 2:00, the tournament began. 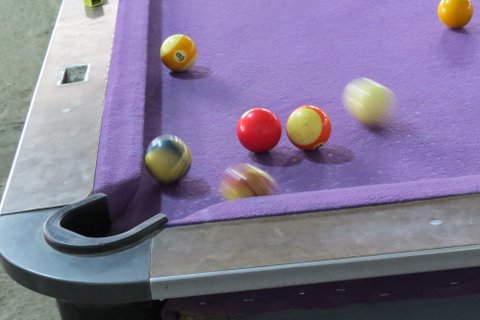 Each participant was assigned a number, and numbers were randomly combined to choose who played one another. Lorela played the second game. And lost.

But then she played another game with another who had lost, and this time she won. She earned a round of applause from the men who’d grown to admire her.

In the back of the poolhall, there were a few serious domino games going on. 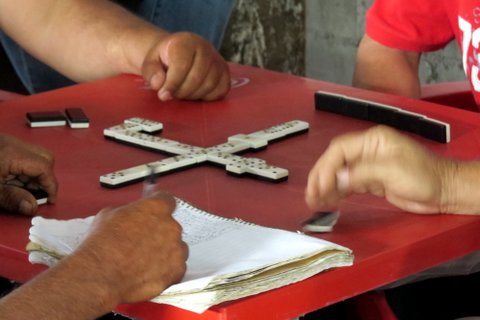 I didn’t stay long – not long enough to see the outcome. Lorela didn’t win, but she held her own. And I had a blast taking photos. 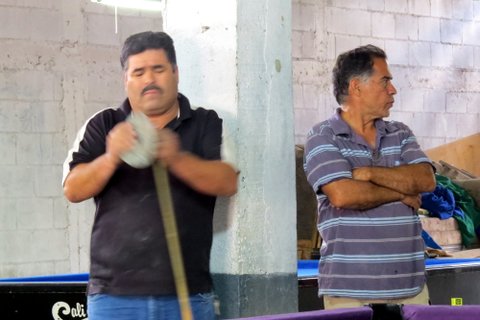 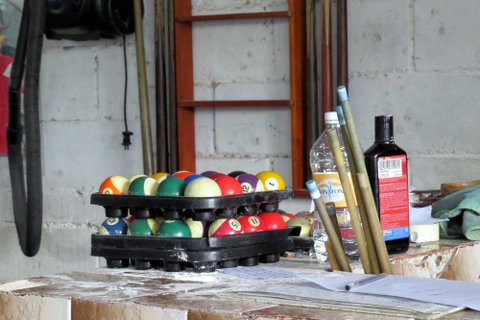