Today was the day! The four of us headed out early (for us) and drove to Everglades City which is not actually a city but a small town. We went to Everglades City Ariboat Tours and spent a bunch of money each on what was (for me) a once-in-a-lifetime event: into the Everglades on an airboat.

It was downright chilly and still partly cloudy when we left, so we bundled up well. We bought our tickets and sat in the newly-emerged sun to await our tour. 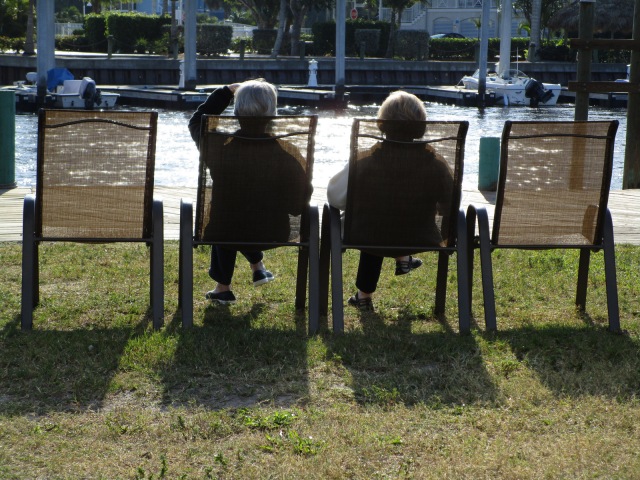 Karen and Kris enjoy the sun.

Just to our right was a young woman from the Netherlands, Elsa, who was not exactly bundled up. In fact, she wore a sleeveless dress.

When it was our turn to climb aboard a boat, Josh, the airboat captain, settled us in. 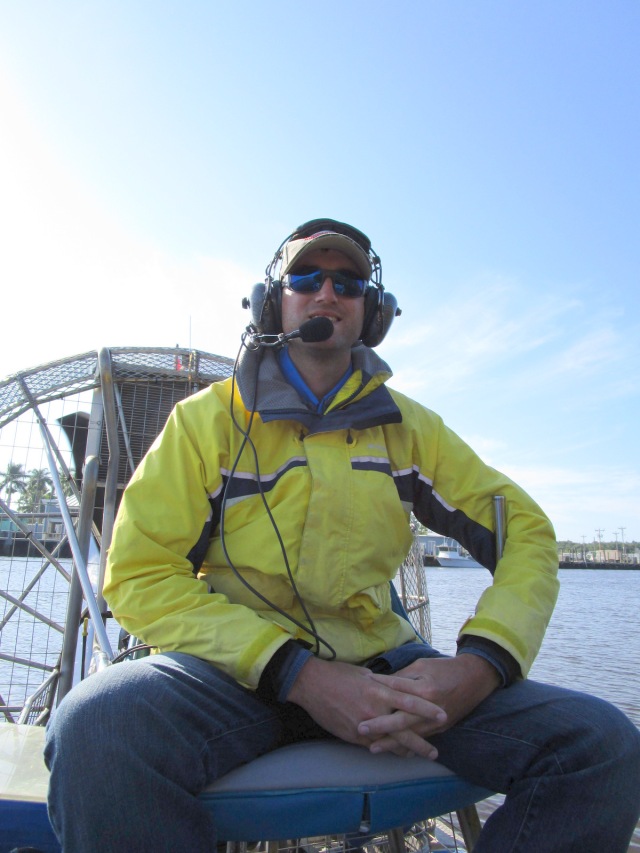 I realized I was warm enough now that the sun was out so I passed Elsa the jacket I’d borrowed from Karen. We all put on our headphones (airboats are noisy) 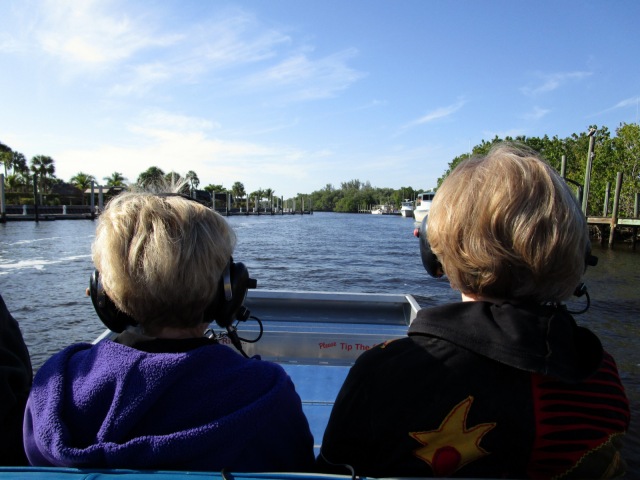 and off we went, into the mangroves. 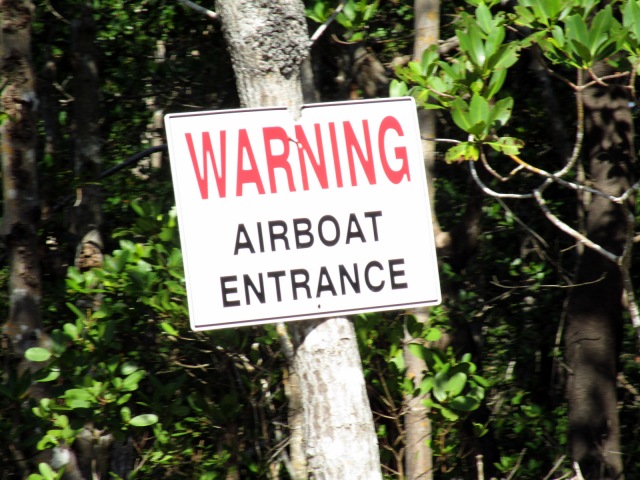 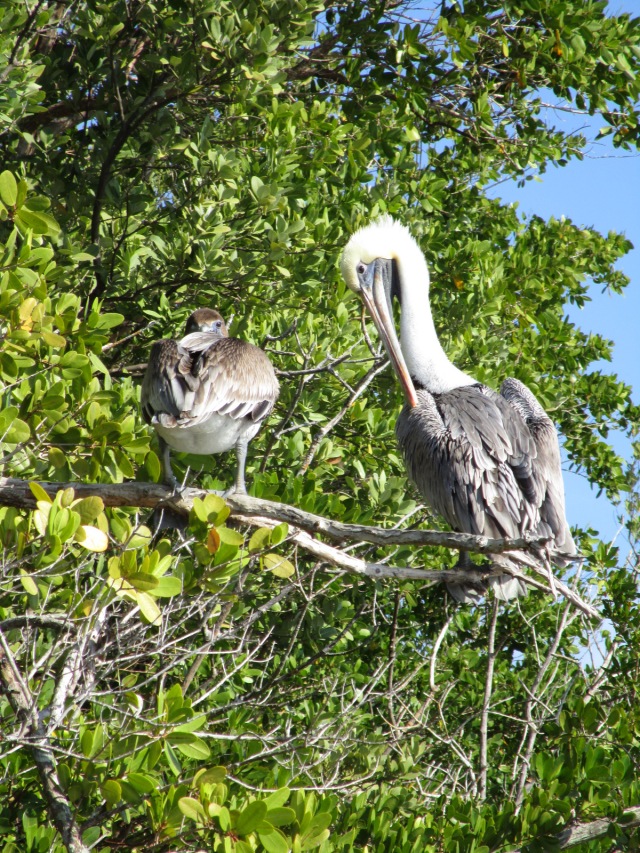 Josh told us there were four kinds of mangrove trees, two that grew in the salty to brackish water and two that were freshwater varieties. The kind we mostly saw, the ones with the long, long roots hanging into the water, was the red mangrove, a non-native species. 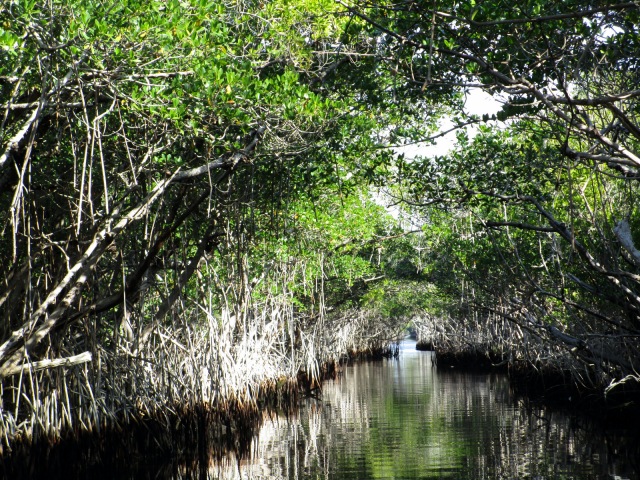 We saw some birds but were a little disappointed not to see any alligators.

It turns out it was the wrong season for alligators. They don’t like the brackish waters, so they only come to the area during the rainy season when fresh waters run off through the mangroves. 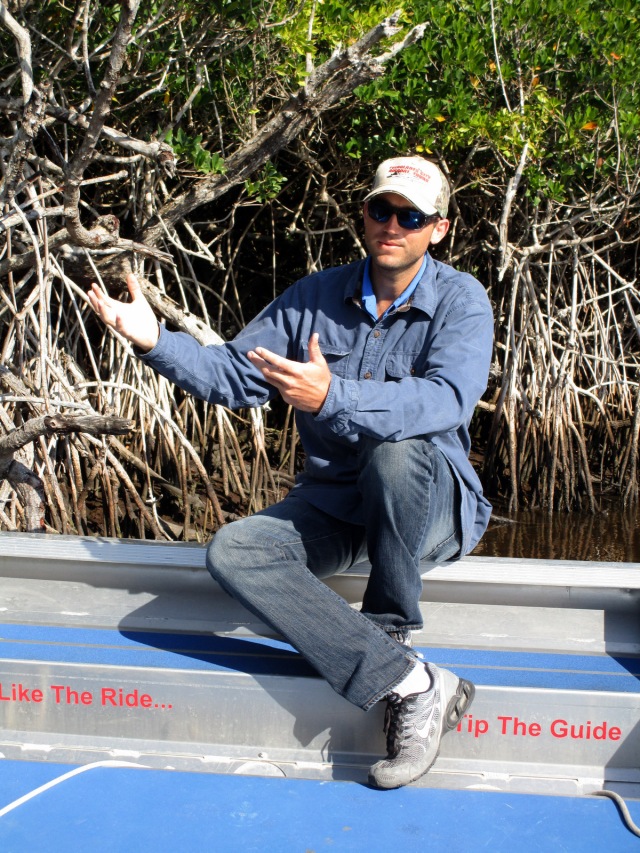 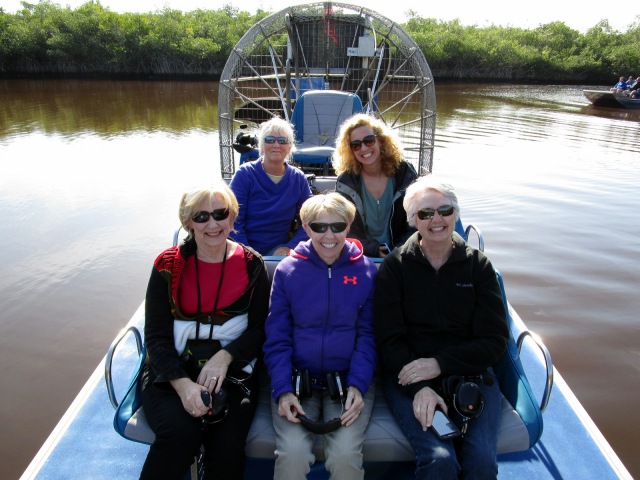 Our group, with Elsa.

However, Josh suggested we go up the road about ten miles and turn north. He thought we’d have success up there. We bid goodbye to Elsa (who referred to us as “the Golden Girls” and we considered tossing her overboard because of that). We headed to the alligator area. 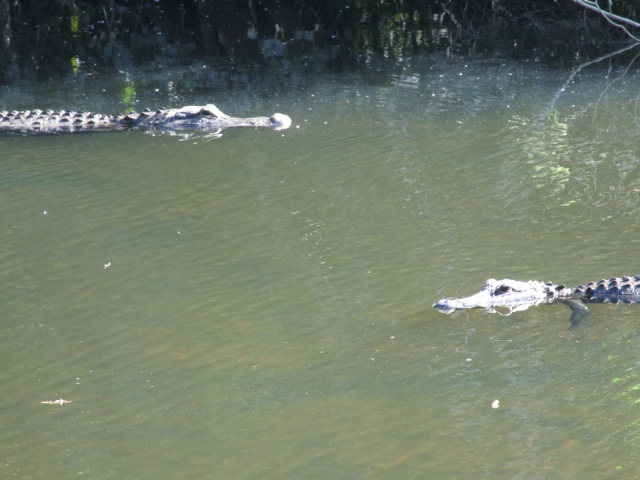 We saw perhaps eight alligators, including a big old boy that must have been ten feet long. We stood along the edge of the road about ten feet from him and took photos. 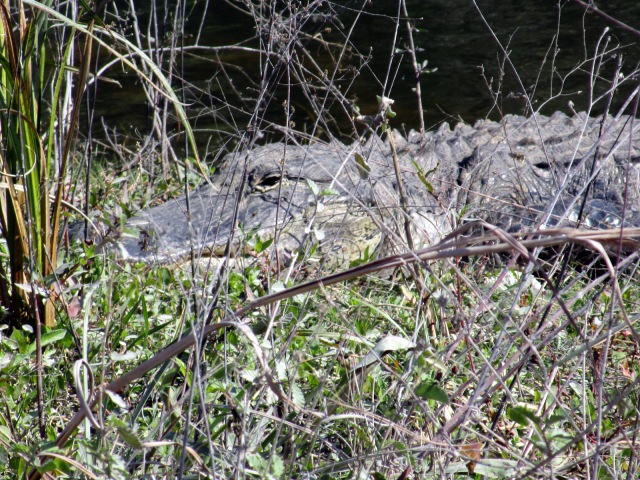 Afterward we stopped to read a sign that told us how fast alligators move and to stay at least fifteen feet away. We were glad the old boy wasn’t hungry. 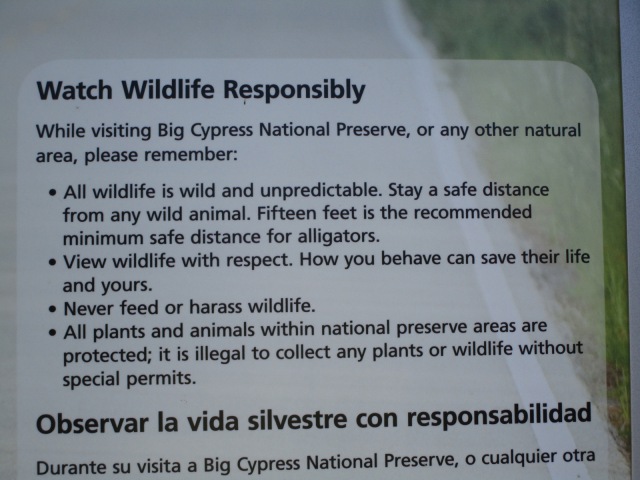 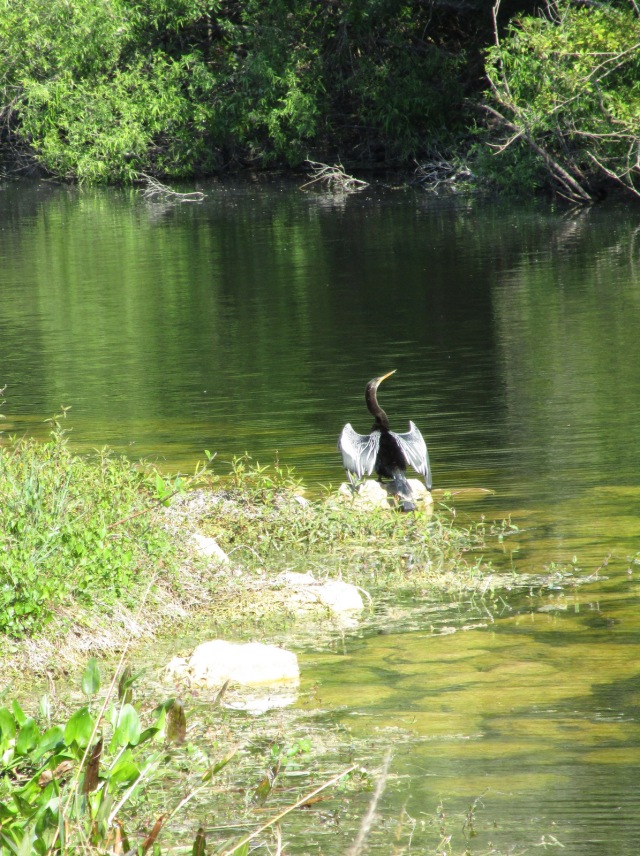 After we’d had our fill of birds and beasts, we headed to lunch. With the help of Linda’s GPS, we briefly got lost but finally made our way to Camillia’s, right on the waterfront back in Everglades City. 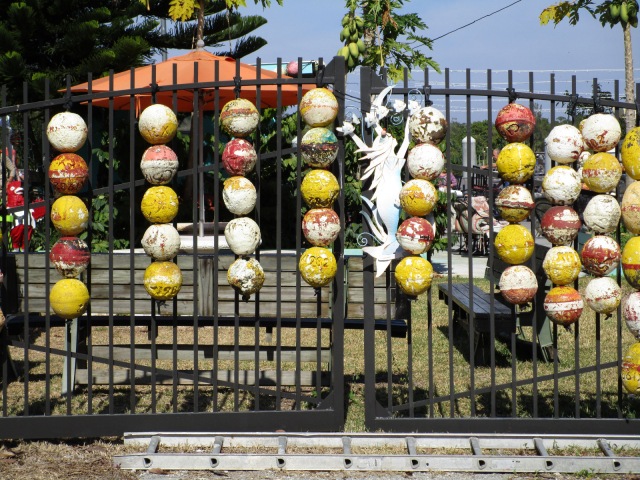 We all had local fare – shrimp, grouper, clams. My sautéed clams were delish and the hush puppies were the best I’ve ever had. Sorry. No photos. We dove into our food and I didn’t even think of taking a picture.

Then, home for a walk on the beach on the gorgeous soft, white sands of Marco Island. I picked up a few shells (like I need any more – I bring some home every time I go to Kino). It was warm enough to walk barefoot in the water.

Home, rest and a light dinner of ice cream and wine. 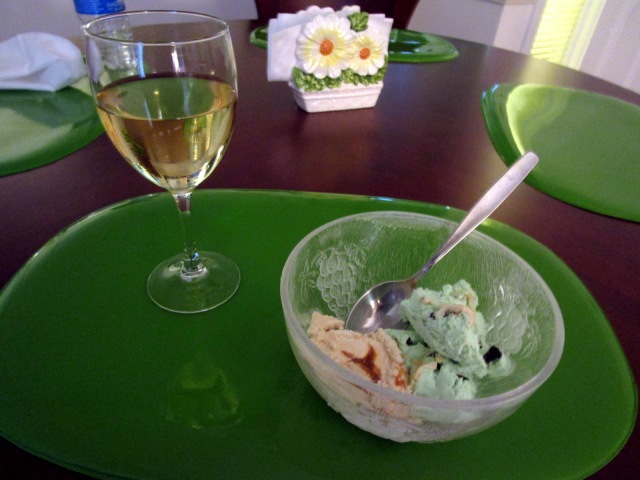