At 7 am, I wandered a few blocks to a sweet little coffee house in an old Airstream. 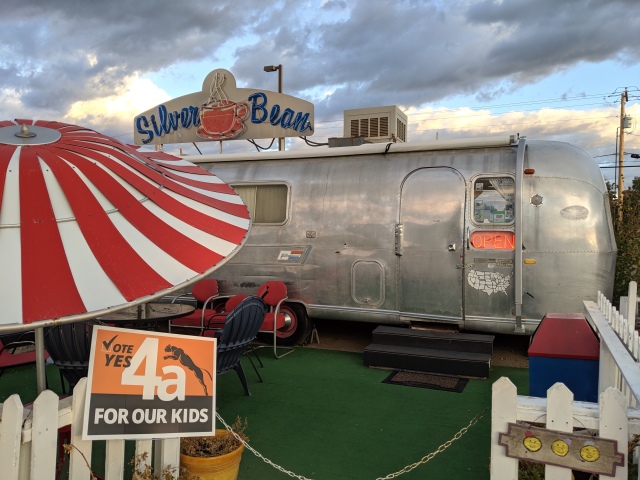 Apologies, especially to Dennis Galloway, for the crappy panorama I took with my cellphone.

I chatted with the young barista who convinced me I could never live in Cortez: It snowed there on her final day of school last May!

On to Dolores where I had my first of several stops to see the Dolores River.

Dolores is a small town, under 1000, a little larger than the one I live in. But it’s a tourist area, so it’s far busier. It has several parks along the river with benches so folks can enjoy the view. And from Dolores north, only two words for the scenery—beautiful and dramatic. Leaves were starting to turn, so there was color everywhere. Reds, golds, greens. Brilliant blue sky with puffy, white cumulus clouds. 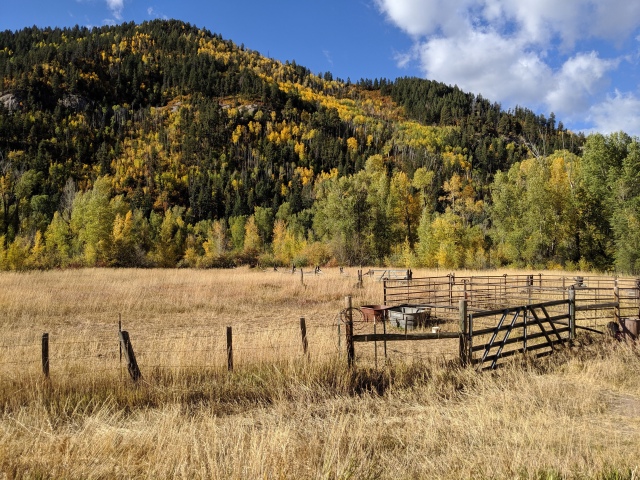 The road wove near, beside, and over the Dolores and each curve brought more beauty. 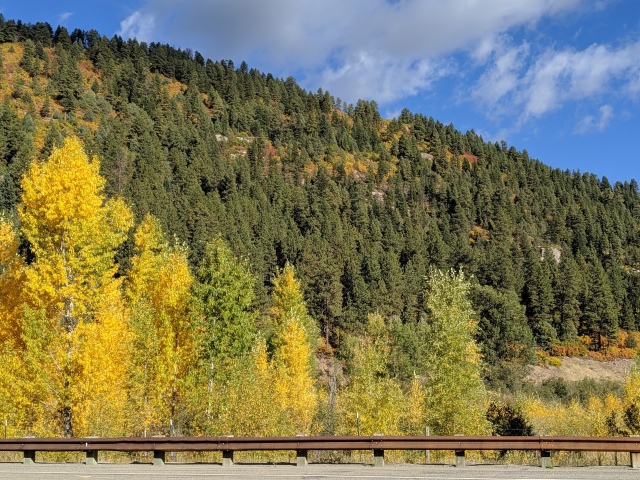 I passed through Rico, a town of about 400 people. 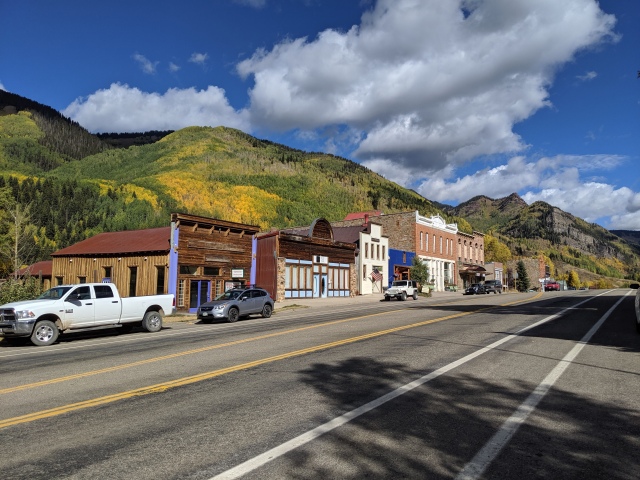 The road had started out with slow hills and gentle curves, but somewhere beyond Dolores it turned steeper with tighter curves.

And the clouds became more gray. Was there snow in my future? I’d seen a number of chain-up signs. What chains!! I’m from southern Arizona!! 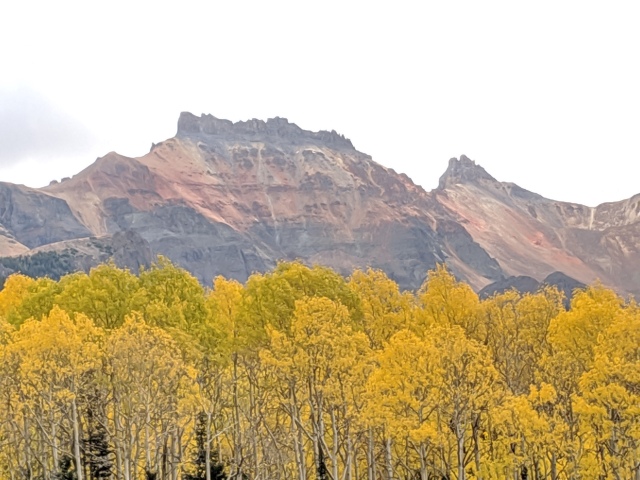 The hour-and-a-half drive to Telluride took me closer to four because of the many stops I made.

I detoured a few miles into Telluride. A disappointment. It was too polished for me, seemed almost a fabrication. I’d hoped to have lunch there but found only one open parking spot with a twenty-minute limit. As I headed back out of town, I noticed all downtown spots had the same time limit. I’ll not be back. I figured I’d better concentrate more on driving and less on the scenery if I wanted to make it to Gunnison, another several hours up the road. At my rate, it would take five or six hours!

But beyond Telluride, the scenery changed. Different side of the mountain. It was a gentle downhill most of the way, so I breezed along at 55-65 to Montrose where I finally got a meal. Then on to Gunnison for the night.